How is Arrowroot Used? 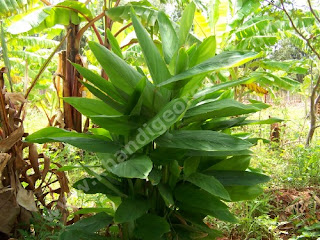 Arrowroot is an edible starch derived from large perennial herbs. It is scientifically known as Maranta arundinacea and belongs to the Marantaceae family. Arrowroot is also known as Maranta ramosissima, Maranta indica, Maranta starch, East or West Indian Arrowroot, Bermuda arrowroot and Araruta. Native Caribbeans call it “Aru Aru” meaning “food of foods”. Arrowroot has a neutral taste and used in making puddings, cakes, biscuits, hot sauces and noodles. Arrowroot loses it's thickening ability on over heating.  Besides, it does not blend well with dairy products. It is popularly used in British, Korean and Vietnamese cuisines. Arrowroot has many medicinal uses too. It is used for treating cough, uterine fibrosis, and respiratory troubles. Since ages, Arrowroot has been used in making carbonless copy paper. It is extracted from the rhizomes of herbaceous plant. It is native of the  South American rain forest but cultivated in West Indies, United States (Florida), South and East Africa, Australia and Southeast Asia. Arrowroot plants thrive well between 25 to 27 0C  and moderate rainfall. Alluvial and volcanic soils give good yields. In India this plant is commonly cultivated in West Bengal and is known as Sathi.


What is the Arrow root?

Arrowroot is a herbaceous perennial found in Amazon rainforest. It reaches a height of 2 feet with branching stems; yields small whitish flowers and small, currant-like fruits. Arrowroot plant has large, pale-green leaves which often exceed 10 inches in length. It has large, fleshy fibrous root. The tubers are yellowish white, jointed and covered with dry scales.
What is the History behind Arrowroot?
Arrowroot cultivation began approximately 7,000 years back. Arrowroot plant is indigenous to South America. It was a staple of the Arawak natives in West Indies. European explorers discovered Arrowroot during their new world voyages and was introduced to the Great Britain farmers  around 1732. The Arawaks used arrowroot to draw out toxins in people shot with poison arrows. This method of removing poison from the arrows earned it its name, Arrow root. 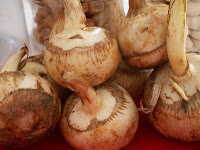 How is Arrowroot Powder made?

When Arrowroot plants are about a year old, their tubers are first dug, washed and carefully cleaned. Later, the rootstocks are beaten in mortars. The milky liquid is drained through sieve to obtain pure starch. Mashed pulp is dried under the sun and later crushed to obtain Arrowroot powder.

What are the different ways Arrowroot is used?

What are Health benefits of Arrowroot ?